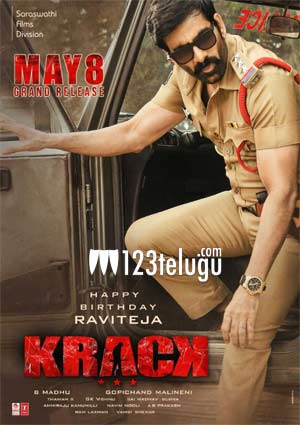 Krack is a film that needs to click at any cost for both Ravi Teja and director Gopichand Malineni as they are going through a low phase in their careers.

The shooting of the film is on in full swing and Thaman is scoring the music. The news now is that a crazy update is going to come out regarding the music of the film tommorow.

Shruthi Haasan is making her comeback after a long time in Telugu and there is a great expectation on this film. Ravi Teja will be seen as a cop.