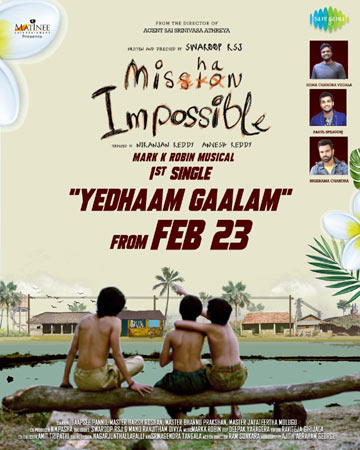 After 4 years of gap, actress Taapsee Pannu is doing a movie in Telugu. Titled Mishan Impossible, the movie is being directed by Swaroop RSJ of Agent Sai Srinivasa Athreya fame. Today, the makers have revealed an interesting update on the movie.

A brand new poster has been released by the makers of Mishan Impossible to announce the release of the first song from the movie. Titled Yedhaam Gaalam, the crazy song, composed by Mark K Robin, has the lyrics of another director Hasith Goli. Hemachandra, Sreerama Chandra and Rahul Sipligunj have crooned this song which will be out on February 23, 2022.

To recall, Taapsee is playing an independent journalist in this movie and she also wrapped up her part. Produced by Niranjan Reddy and Anvesh Reddy, the movie will hit the screens very soon once the makers find out a perfect date.