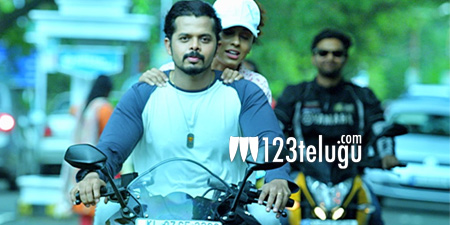 Former cricketer Sreesanth will soon be seen as a bike racer in ‘Team 5’, the multi-lingual film which will mark his onscreen debut. Directed by Suresh Govind, the film has Sreesanth and Nikki Galrani playing the lead roles.

In the past, Sreesanth was supposed to act in a film which was based on cricket betting and the subsequent fall of a popular cricketer; however, the film never took off. And eventually, Sreesanth chose to make his debut with a commercial entertainer like ‘Team 5’.

The film also stars Malayalam actress Pearle Maaney in an important role. Gopi Sundar has scored the music. The film is slated for release in Telugu on July 14.