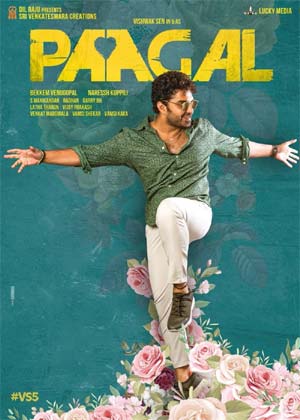 Paagal is a film that was hyped a lot before its release. The film finally hit the screens on Friday to some very mixed reviews.

The weekend collections were just about okay and the film needs to do well on this key Monday. The film needs to make some decent money so that the makers will be in a safe zone.

Vishwak Sen is still doing his bit to take the film deep into the audience. Nivetha Pethuraj played the female lead in this film which was produced by Dil Raju and Bekkam Venu Gopal jointly.