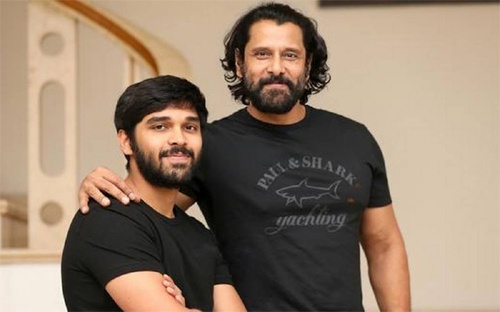 It is a known fact that star hero, Vikram is doing a film with his son, Druv Vikram and the movie has been titled Mahaan. The big budget drama is being directed by Karthik Subbaraj.

Well, the news is that a special update about the film will be out today at 3 PM. Vikram will be seen in a negative role as per the news.

There is a good buzz for the film and everyone wants to see how the father and son have been cast in this film. Karthik Subbaraj is known to make some different films in his career and all eyes are now on him to deliver.