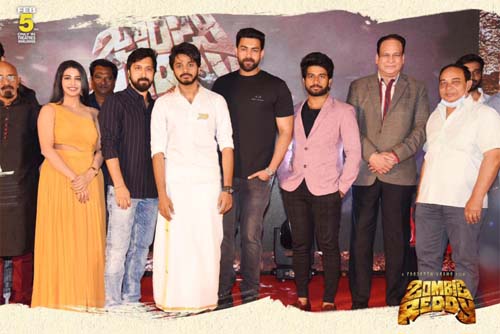 Zombie Reddy is a film that has caught the imagination of many thanks to the unique theme. The pre-release event was held yesterday and mega prince Varun Tej was the star attraction.

The event was held on a grand note and director Prashanth Varma told that he has given his heart and soul to this film. Hero Teja Sajja told that it is the best debut that a young actor like him can have in his career. The cast and crew of the film were present and threw a lot of light on how the film is going to be.

The film is based on Zombies and what happens to them when they are set in an area like Rayalaseema. Finally, one can say that the pre-release event has surely raised the hype of the film in a big way. Raj Shekar Varma has produced the movie under his banner Apple Tree Studios.