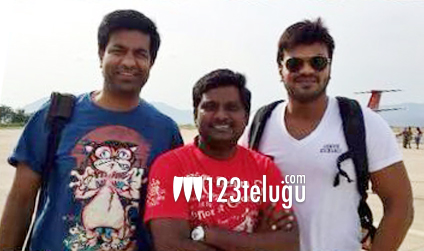 The shooting for Manchu Manoj’s Current Teega is progressing at a brisk rate. After completing the Hyderabad schedule, the unit has now moved to Tirupathi. Some key comedy scenes on Manoj, Vennela Kishore and Tagubothu Ramesh are being canned now.

Manoj is playing the lead in this film while the promising Rakul Preet is the female lead. Sunny Leone ahs already finished shooting for her cameo which also included a song. G Nageshwar Reddy who has directed films like Seema Sastry , Dhenikaina Ready is directing this movie while Vishnu Manchu is the producer.