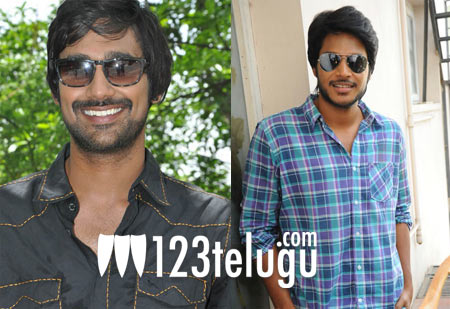 The first look of Sundeep Kishan and Varun Sandesh starrer ‘D for Dopidi’ is going to be unveiled on December 3. The film’s shooting is in the last stage and a song is going to be shot this weekend in Hyderabad. Melanie Kannokada is playing one of the lead roles apart from Sundeep Kishan and Varun Sandesh. The film is said to be a crime comedy which is a first of its kind in Telugu cinema. Raj Nimadoru & Krishna DK, who had earlier directed films like Flavours, 99 and Shor in the City, are producing this film and it’s their first production in Telugu. Siraaj Kalla, a former associate of Raj & DK, has directed the film. Seeta Menon is the creative producer. More details about the film will be unveiled soon. The film is expected to hit the screens early next year.