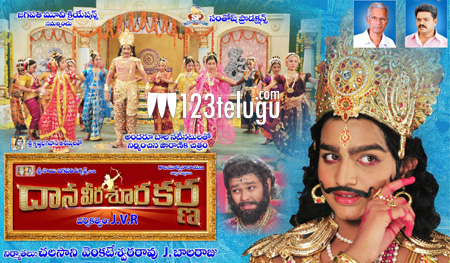 Some time back, we had reported that Nandamuri scions, Taraka Rama Rao and Soumitra, the sons of Late Nandamuri Janiki Ram are making their debut as a child artistes in the remake of the yesteryear classic Daana Veera Soora Karna.

Latest report is that the makers have decided to release the film in the first week of June. Currently, the post-production works of this film are progressing at a jet speed. This film is produced by Ch.Venkateshwara Rao and J.Balaraju jointly and the music is composed by Kausalya.