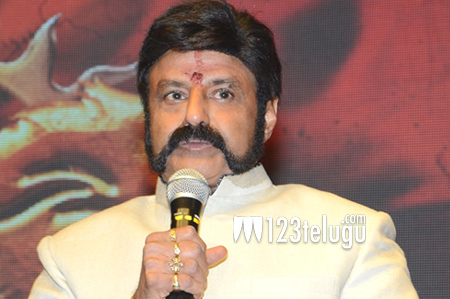 Nandamuri Balakrishna’s landmark 100th movie, Gautamiputra Satakarni, had its music launched in Tirupati a couple of days ago. Yesterday, Balayya, along with his wife, daughter and the film’s producers, visited Tirumala Tirupati Devasthanam and offered special prayers to Lord Balaji.

Interacting with media after the temple visit, Balayya revealed that his father and legendary thespian NT Ramarao dreamt of making a biopic on Gautamiputra Satakarni. Balayya further said that he feels lucky to have played Satakarni’s role and fulfill his father’s wish.

Directed by Krish, Gautamiputra Satakarni will be releasing as a Sankranthi treat for fans.