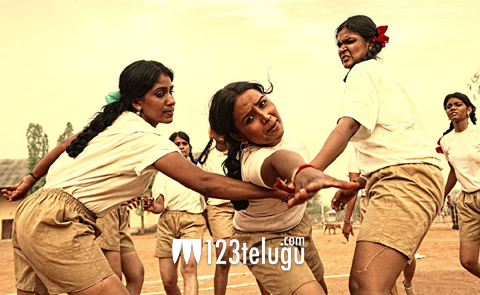 After making films like 1940 lo Oka Gramam, High School, director Narasimha Nandi is back with a social drama titled Dakshina Madhya Bharata Jattu. Shivaji is playing a crucial role in this film which is set in the backdrop of a flouride stricken village in Nalgonda district. K Suresh Babu is producing the film. The final schedule of the film is going to begin from April 15 onwards and the film will be shot in Chittoor, Nalgonda and Mahboobnagar areas.

Talking about the film, K Suresh Babu said, “Dakshina Madhya Bharata Jattu is the second film from our banner and so far we have shot several crucial scenes in Kanigiri, Lodurgam, Pedarlapadu and Elikevaripalli. The film narrates a story of how a group of young girls play Kabbadi and solve an issue which is creating havoc in their flouride stricken village. After listening to our story, several politicians have appreciated us and it has given us more confidence.”
Narasimha Nandi said that such a story has never been dealt before in Telugu films. “We trained all the girls in Kabbadi and they have given wonderful performances,” he said.

Shivaji and Saraswathi have played the prominent roles in the film. S Murali Mohan Reddy is the cinematographer of the film and Chinni Charan ahs scored the music. The audio will be released in June and the film is expected to release in July.