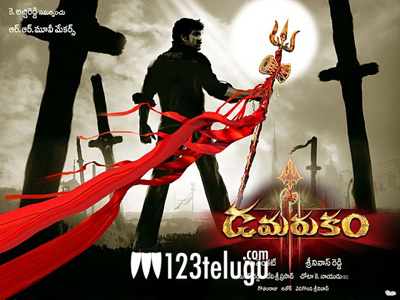 The theatrical release of Nagarjuna’s upcoming socio-fantasy film Damarukam has been pushed by almost a week, if the latest rumours are to be believed. Initially, the film was being planned for release on October 12; however, buzz is that the film’s release has been postponed to October 19. Nagarjuna and Anushka have played the lead roles. The film has been under production for more than a year, however, the makers insist that it was due to extensive post production since there’s a lot of CGI involved in the film. Recently, Nagarjuna and Charmee shot for a special introduction song in Annapurna Studios and with this the entire film’s shooting has been wrapped up. Srinivas Reddy is directing the film and Venkat is producing the film on R R Movie Makers banner. Devi Sri Prasad has composed the music and he recently revealed that the film has 10 songs.