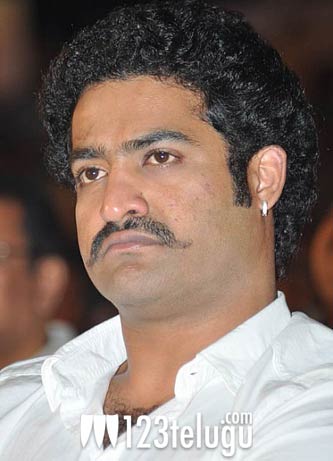 Young Tiger NTR’s powerful action entertainer ‘Dammu’ is currently being shot in Annapurna Studios. A massive set has been erected in Annapurna Studios for filming some key family scenes in the movie. The shoot in Annapurna will be wrapped up by today and a new schedule will begin in Pollachi from November 12th. Sources say that some fight sequences are being planned near the Aliyar dam and Valparai reserve.

Dammu is being directed by Boyapati Sreenu, who delivered a blockbuster hit ‘Simha’ with Balayya. Trisha has replaced Shruti Haasan as the heroine in this project and Karteeka is playing a key role. Music is by M.M.Keeravani.

NTR is sporting a new macho look in the movie. The story and subject are being closely guarded for now but sources close to the project say that it is a full fledged commercial entertainer.