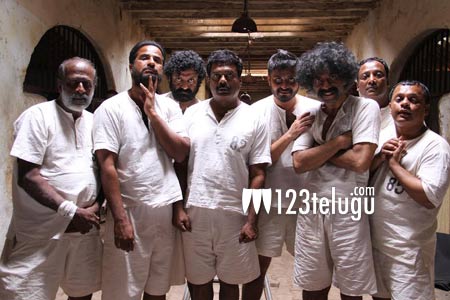 Dandupalyam the Kannada movie which released in Telugu as well went on to become a huge hit. The sequel of the film is currently under way and the makers have spent a fortune to erect a set.

Latest update reveals that the team spent 1 Crore to build the set of a Police Station. According to the reports, 70 per cent of the film has already completed and the makers are planning to release the movie this year in Kannada and Telugu simultaneously.