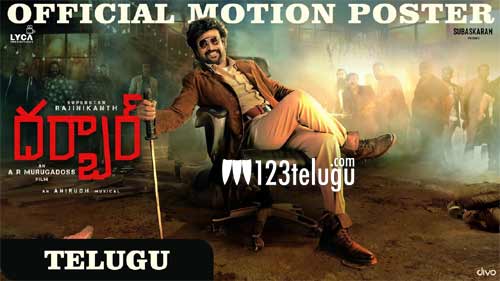 Fans of Super Star Rajinikanth are eagerly waiting for Darbar. The film is slated to hit screens on January 10, as a Sankranthi festive treat. With hotshot composer Anirudh Ravichander at the helm, all eyes are on the film’s audio album.

As per the latest updates, Darbar’s audio album may be released on December 7, a few days before Rajini’s birthday. Plans are on to organize a grand event on the 7th to launch the album. After Petra’s musical success, expectations are quite high on Anirudh’s music.

Darbar has Nayanthara as its leading lady. AR Murugadoss is the film’s director. Lyca Productions has bankrolled the film with a huge budget.