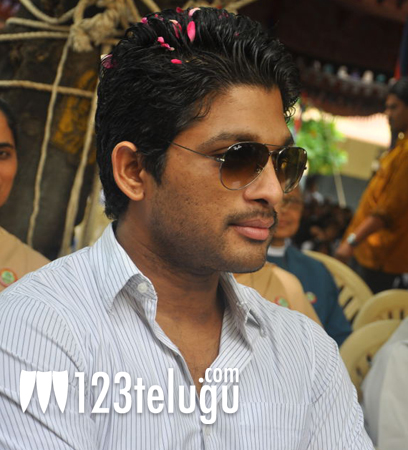 Stylish Star Allu Arjun is currently working for a movie under the direction of star director Trivikram Srinivas. The movie is currently being shot at a specially erected Dargah set in Ramoji Film City and this schedule will go on for the next couple of days. Ileana will be seen romancing Allu Arjun in this movie.

Trivikram and Allu Arjun are concentrating on making this movie a solid entertainer. Special emphasis is being given to the departments of comedy, dance and romance. The movie is targeted for a June launch and Radhakrishna is producing this film. D.V.V.Danayya is the producer.