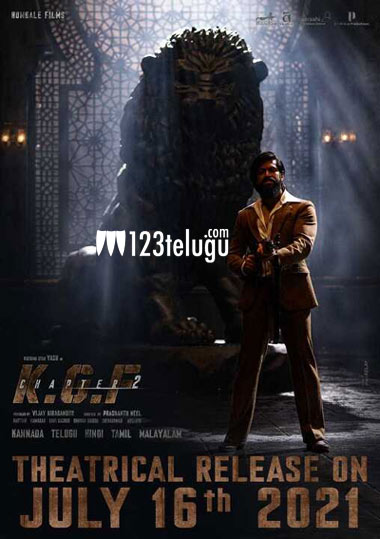 It looks like the COVID-19 pandemic is causing troubles to yet another most eagerly awaited pan-India biggie. According to the latest buzz, Sandalwood period gangster drama starring Yash, KGF Chapter 2, which is slated for a 16th July release worldwide, may not be hitting screens as scheduled.

KGF 2’s shoot was wrapped up long ago and the film has even completed a major part of its post-production formalities. However, the uncertainty in the North Indian film exhibition is causing dark clouds over KGF 2’s release date. Apparently, the makers are considering the Dasara festive season to release the movie in case postponement is inevitable.