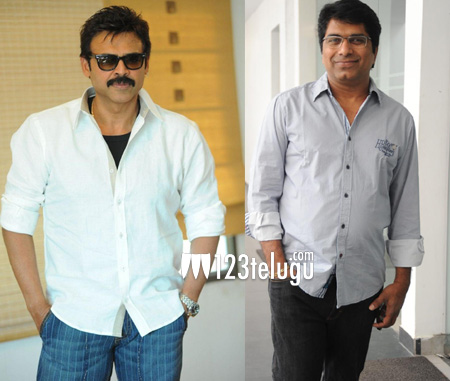 Young director Dasarath, is widely known for his family entertainers. His last film was Greek Veerudu with Nagarjuna, and if the latest reports are to be believed, he is all set to direct Victory Venkatesh very soon.

Going into details, reports reveal that Dasarath has narrated a script to Venkatesh, which the superstar seems to have liked immensely. If everything falls in place, shooting of this film will go on floors next year. Venkatesh is high on the success of last film Drushyam. Keep watching this space for more details on this project.