Dasari Narayana Rao is all praises for Rajamouli
Published on May 4, 2014 2:41 am IST 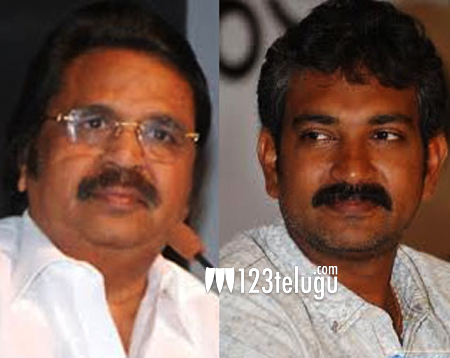 It’s not everyday that veteran director Dasari Narayana Rao praises someone from contemporary Telugu cinema. On several occasions, he expressed his displeasure about the current generation of actors, which became quite controversial. So, it was a big surprise when he openly expressed his appreciation for S S Rajamouli.

Interacting with the media, Dasari said, “Only Rajamouli is trying different movies at a time when most directors are rehashing the same old formula every time, without trying new concepts. He is also using technology and graphics quite effectively, which is a good sign of a wonderful technician. Films like Eega and Magadheera are proof enough of what a good director can do to a film.”

Apart from praising Rajamouli, he also urged the industry to be united to solve all the problems and called for an introspection over the kind of films being made these days. “The stamina of our films will improve dramatically if we concentrate on the script and also keep the budget under control,” he said.