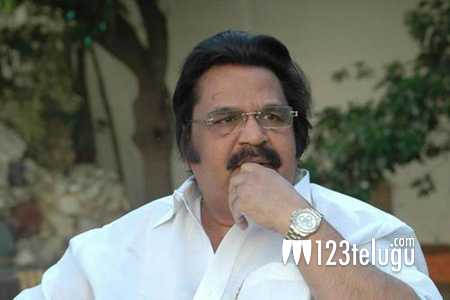 Dasari Narayana Rao, who is not only known as a veteran actor but a senior director as well announced that his last film director will be Mahabharat series. At a recent press meet, Dasari has revealed that he aims on making a five part series of the Mahabharatha.

He also added that script for the first two parts has been completed. After the series on Mahabharatha, he said that he will be making a love story that will star all debutantes.

In an interesting revelation, he said that the love story film will be his last as a director. Dasari has not revealed the reason behind his decision and we will have to wait a bit longer to know the exact reason.