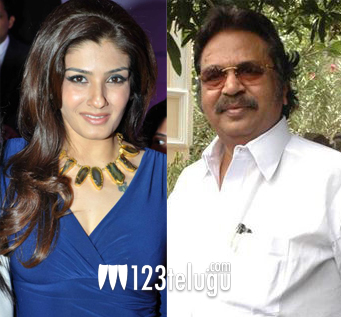 Darsakarathna, Dr. Dasari Narayana Rao, is going to be seen in a special role in the Manchu family multi-starrer. He will be seen as Raveena Tandon’s father and the role apparently has a lot of importance for the film. Special and elaborate costumes are being readied for Dr. Dasari Narayana Rao for this role.

Srivas is handling the direction while the film is being jointly produced by Vishnu and Manoj . The movie is expected to be a family entertainer with a good dose of sentiment and comedy.