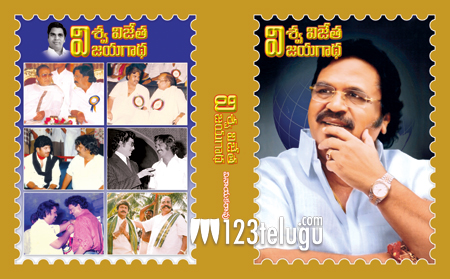 Dasari Narayana Rao, is probably one of the biggest name in the Telugu film industry. Spanning over four decades, Dasari has directed over 150 films and has given many blockbusters in his career.

Noted senior journalist, Vinayak Rao has captured Dasari’s prestigious moments in the form of a book titled Viswavijetha Vijayagadha. The book will be launched amidst noted film personalities on the 1st of December in Hyderabad. Senior politician Dr. D Subbarami Reddy will preside over the function.