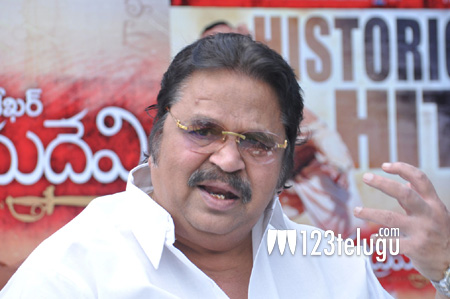 Legendary film maker, Dasari Naraya Rao is one man who does not mince his words. Earlier today, he made several statements which became a hot topic of discussion.

Speaking at Rudramadevi’s press meet, Dasari clearly hinted that if the upcoming films which are coming out this week are postponed, Rudramadevi will create record collections and amass huge amounts at the box office.

As soon as Dasari made these statements, the entire focus shifted towards Ram Charan’s Bruce Lee as that is the only big budget film which is coming out this week. Meanwhile, Ram Charan also made it very clear that he and his makers had announced the release date of his film long back.

In today’s age when the film’s run time is only a week or two, it has become very important for film makers to plan their releases in a timely manner so that every one can survive.