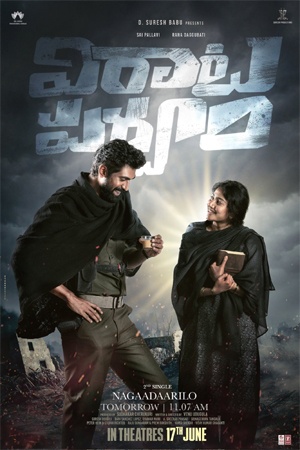 Rana Daggubati-starrer Virata Parvam is up for a grand theatrical release on June 17, 2022. Directed by Venu Udugula, the movie has the talented actress Sai Pallavi as the female lead.

The makers of Virata Parvam took to social media and announced that the second song, Nagaadaarilo, from the movie will be released tomorrow at 11:07 AM on YouTube. Suresh Bobbili has composed the track.