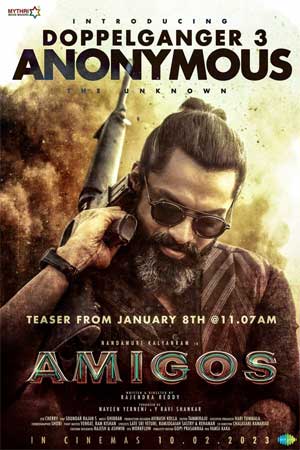 When it comes to selecting a different script, Nandamuri Kalyan Ram is always ahead of the other young Tollywood heroes. After scoring a massive hit with the fantasy drama Bimbisara last year, the actor is now ready to entertain audiences with Amigos.

Written and directed by Rajendra Reddy, the movie’s new poster, featuring the 3rd doppelganger – The Anonymous from the world of Amigos, has been released. Besides, the makers revealed that an intriguing teaser of the film will be out on January 8, 2023, at 11:07 AM.