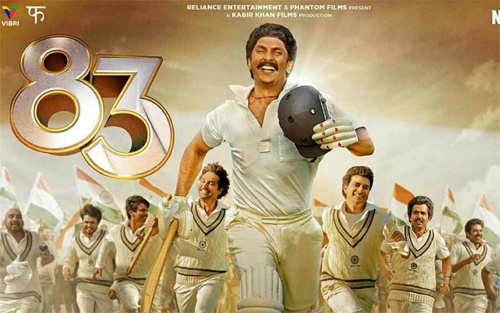 It is confirmed that the movie’s Hindi version will be premiered for the first time on March 20, 2022, at 8 PM on Star Gold. The makers have made an official announcement regarding the same.

Deepika Padukone, Jeeva, Chirag Patil, Pankaj Tripathi, Saqib Saleem and others played key roles in this movie, which has impressed the audiences in theaters. Those who missed 83 in theaters can watch it on small screens next month.

In this game of eleven, there are a million emotions hidden 💙

It's time to cheer for India in the #WorldTelevisionPremiere of 83, on 20th March, Sunday at 8 PM only on @StarGoldIndia 🏏#83OnStarGold #ThisIs83 pic.twitter.com/4C8ZsvlvzM