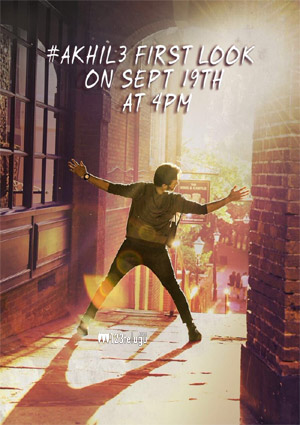 Now, Akhil3’s makers have just announced with a striking pre-look poster that the film’s first look will be released on September 19 at 4 pm on the eve of Akhil’s legendary grandfather ANR’s birth anniversary. Akhil will be seen as a lover boy in the movie. Senior producer BVSN Prasad is bankrolling the project and Thaman is scoring the music.