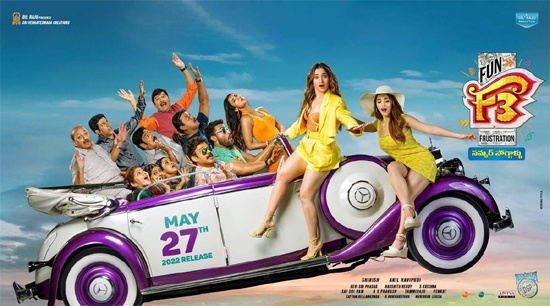 The latest news is that the film is all set for the world television premiere on Zee Telugu. F3 will be telecasted on September 18, 2022, at 6 PM. Those who missed the film on big screens can enjoy the comedy film on small screens.

Murali Sharma, Rajendra Prasad, Sunil, Ali and others played key roles in the movie. Bankrolled by Dil Raju of Sri Venkateswara Creations, the film has Devi Sri Prasad as the music director.