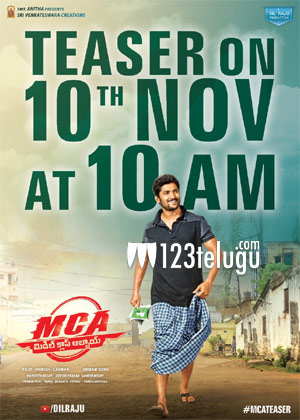 Nani and Sai Pallavi’s ongoing romantic family drama, Middle Class Abbayi, has been making all the right noises ever since the film was launched. The film’s entire shooting will be wrapped up by November.

As per the latest update from the makers, MCA’s teaser will be released on November 10 at 10 am. MCA will be releasing in the third week of December as a Christmas treat. Bhumika will be seen in a crucial role. Sriram Venu is the film’s director and DSP is the music composer.