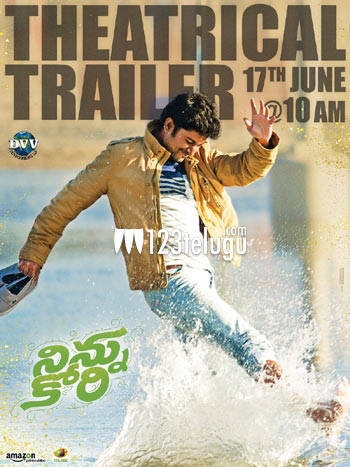 The makers of Nani’s Ninnu Kori have generated a highly positive buzz with Sid Sriram’s addictive number Adiga Adiga and the beautifully shot teaser. Now, they are ready to impress movie lovers with the film’s trailer.

Ninnu Kori’s trailer will be released on June 17 at 10 am. This, followed by the audio album’s release, will create a perfect setting for the film’s release. The film stars Nivetha Thomas and Aadhi Pinisetty in crucial roles.

Ninnu Kori is directed by debutant Shiva Nirvana and DVV Danayya has produced it. The film is slated to release on July 7. Malayali composer Gopi Sunder has scored the music for this romantic entertainer.