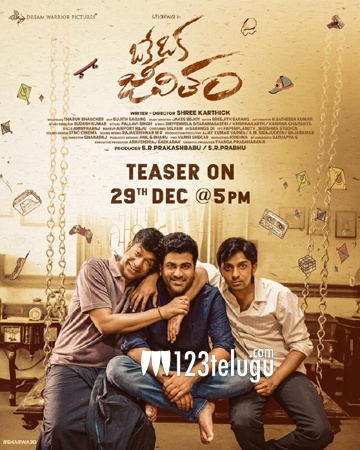 Actor Sharwanand, who has recently entertained the audiences with Maha Samudram, is again ready with another new project titled, Oke Oka Jeevitham.

Today, the makers have announced that the film’s teaser will drop online on December 29 at 5 PM. Directed by Shree Karthick, the movie is also filmed in Tamil simultaneously and is titled Kanam.

Produced by Dream Warrior Pictures, the movie has dialogues penned by director Tharun Bhascker. Meanwhile, it is expected that the makers may reveal the film’s release date along with the teaser.