Date locked for the Bollywood biggie’s trailer launch
Published on Dec 1, 2022 1:00 am IST 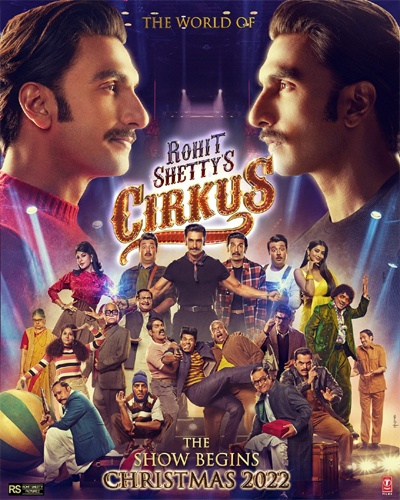 The next big release from Bollywood is Cirkus which stars Ranveer Singh in the lead role. The film is carrying good expectations as the blockbuster and commercial director Rohit Shetty is helming it. The film is based on an old Hindi film named Angoor.

The latest news is that the film’s theatrical trailer will be grandly launched on December 2. The film stars Pooja Hedge as the female lead, and Ranveer will essay a double role. In addition, Jacqueline Fernandez, Varun Sharma, Jonny Lever, and Sanjay Mishra play crucial roles.

The talk is that Deepika Padukone and Ajay Devgn will make special appearances in this period comedy flick produced by Rohit Shetty Piturez, Reliance Entertainment, and T-Series. The film is scheduled to release on December 23.