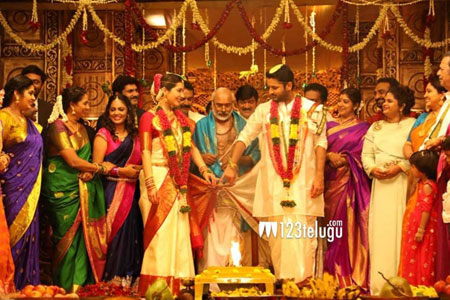 The audio launch event for Nithiin’s ongoing romantic family entertainer, Srinivasa Kalyanam, will be held on July 22. Mickey J Meyer is the music composer. The film’s makers announced the news this morning by unveiling a beautiful concept teaser that glimpses of what the film will be about.