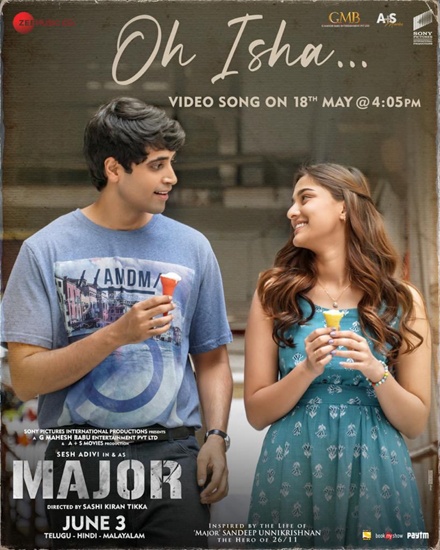 Young and promising actor Adivi Sesh will be seen next in the multilingual movie, Major. Directed by Sashi Kiran Tikka, the movie’s trailer created humongous hype on the film.

Today, the makers of the movie have come up with a fresh update about the pan India movie. They have announced that Oh Isha, second song from the film, composed by Sricharan Pakala will be out on May 18, 2022.

Major is jointly produced by Sony Pictures Films India in association with Mahesh Babu’s GMB Entertainment and A+S Movies. The action drama is up for a release in theaters on June 3, 2022.