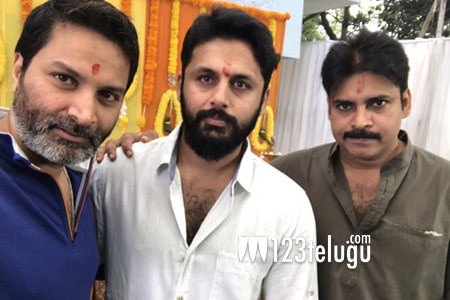 It’s well-known that hero Nithiin is currently acting in a romantic entertainer which is being produced by his favorite hero Pawan Kalyan, director Trivikram and his father Sudhakar Reddy. The film, tentatively titled Vachinda Seethakalam, is Nithiin’s silver jubilee project.

Nithiin took to Twitter this afternoon and revealed that the film’s first look poster will be released on February 12, followed by the teaser on February 14, as a Valentine’s Day treat. Finally, the movie will hit the screens on April 5.

Here are the details of #Nithiin25

Teaser out on FEB 14th