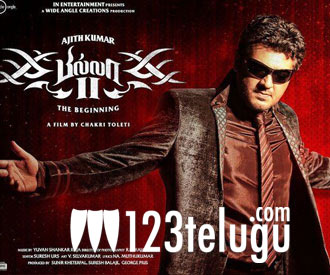 All routes are clear for Ajith’s high octane action thriller David Billa. All the sensor formalities have been completed and hence the movie has obtained an A certificate with no major cuts. This movie which is a prequel to the successful super hit Billa, is now all set for July 13th release with a massive 1200 prints. Ajith, Parvathy Omankuttan, Bruna Abdullah play lead roles in this movie. This film is directed by Chakri Toleti, who directed yet another suspense thriller Eenadu. Music of the films has been composed by Yuvan Shakar Raja. David Billa is the story of Ajith’s journey as to how he becomes the underworld Don Billa.