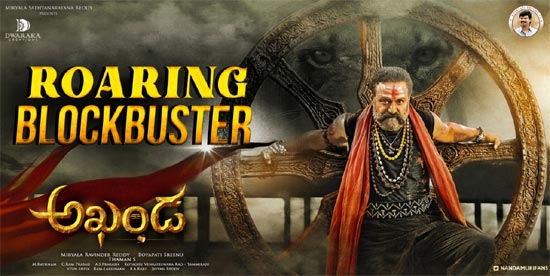 Akhanda is one of the biggest films to hit the screens post the pandemic. It has won solid applause from one and all and is making good money at the box office.

The film also made good money on day two and we have come to know that the film has made a share of 2.2 crores on day two in Nizam. On the first day, the film made a 4.4 crores share.

On the other hand, the film made 1.5 crores on day two in the Ceded area. The collections on the third day are also very strong and trade is expecting some solid numbers.