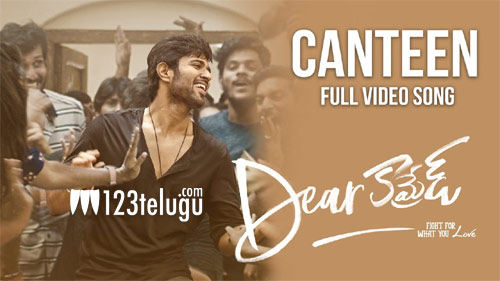 The next single from Vijay Deverakonda and Rashmika Mandanna’s upcoming romantic drama, Dear Comrade, is out. The song, titled ‘Canteen’ is a entirely picturized in a single, 3-minute long shot. This is a rare and unprecedented feat on the Telugu silver screen.

Canteen song is fun, loaded with cheeky lyrics which will make youngsters reminisce their college lives. Much to the thrill is how fans, Vijay Deverakonda has showcased his dancing skills in this song. He will be seen shaking a leg to the mass beats. Popular young composer Karthik Rodriguez has crooned the song, which has been penned by lyricist Rehman. The song will set the mood right for this campus drama.