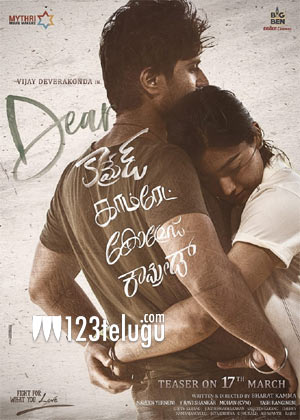 Geetha Govindam stars, Vijay Deverakonda and Rashmika Mandanna, will next be seen in the much-awaited youthful drama, Dear Comrade. The film is expected to hit screens on May 22. Meanwhile, the makers announced that Dear Comrade’s teaser will be out on March 17.

And, here’s some more good news. Dear Comrade’s teaser will be released in Telugu, Tamil, Kannada and Malayalam on the same day. This means that the film will also have a simultaneous release in the above four South Indian languages.