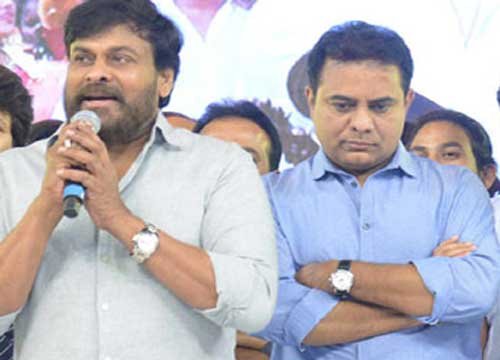 Telangana state minister Kalvakuntla Taraka Ramarao aka KTR celebrates his birthday today. Warm wishes have been pouring in from fans and well-wishers from the film and political worlds since morning. Megastar Chiranjeevi also tweeted his birthday wishes to KTR.

Addressing KTR as Tarak, Chiru said that he has always been delighted and thankful for the way KTR is always accessible to the needy citizens and provide reassurance by personally reaching out, helping. “More power to you to serve people more & more & for many many years!,” Chiru tweeted. In his response, KTR tweeted back saying, “Many thanks sir.”