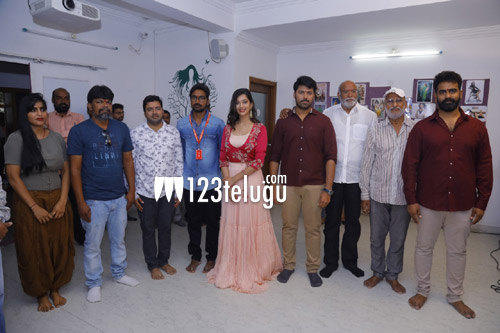 A new romantic entertainer starring new hero Lakshya and Hippi actress Digangana Suryavanshi was launched earlier today in Hyderabad. The film is being produced by Padmavathi Chadalawada, who had presented the blockbuster Bichagadu a couple of years ago.

This as-yet-untitled film’s regular shoot will commence very soon. This is Sri Tirumala Tirupati Venkateswara Films’ 10th production. The banner had earlier presented hit Tamil thrillers like D16 and Tik..Tik..Tik. Ramesh Kudumula will be directing the movie and young music composer Shekhar Chandra will be scoring the soundtrack.