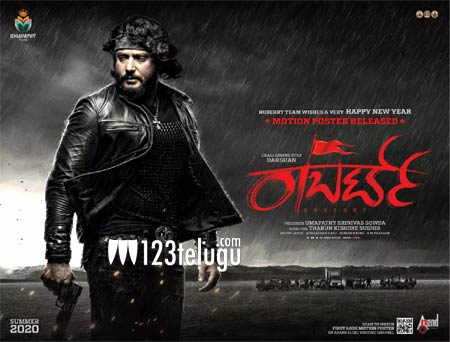 It is well-known that three medium-budget films such as Sreekaram, Jathi Ratnalu, and Gaali Sampath are gearing up for March 11, 2021. Along with these three films, a dubbing film titled, Roberrt is also aiming for the same release day.

Starring Kannada star Darshan in the lead role, Roberrt has closed its business for the entire Telugu version on a decent note. As per the reports, the film’s theatrical rights are sold for close to Rs 2 crores.

Being directed by Tharun Sudhir, Roberrt has Jagapathi Babu in a key role.