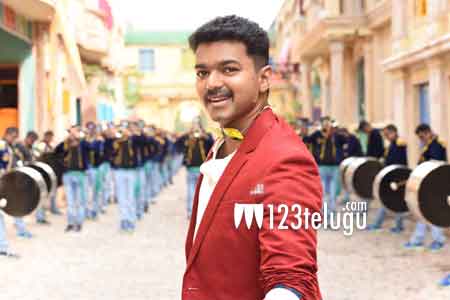 We had already reported that Dil Raju will be presenting the Telugu version of Super star Vijay’s upcoming film Theri. The film film which has been titled as Policeodu is carrying a decent buzz in Telugu. Dil Raju is doing his bit and has promoted the film quite well.

Even though Vijay has less fan following in Telugu, the presence of Samantha has helped matters. Also, the director Atlee was hugely appreciated for his debut Raja Rani in Telugu which has helped this film big time. GV Prakash scores music for this film which is up for an April 15th release.