Deepika flattered with Rajnikanth’s attitude
Published on Oct 2, 2013 4:00 am IST 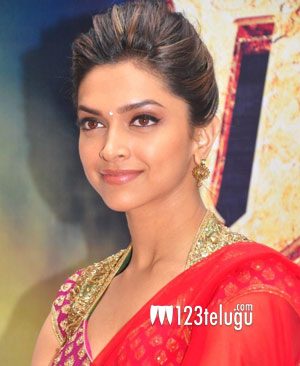 Deepika Padukone who is the reigning queen of Bollywood had the privilege to take part in the shoot of VikaramaSimha which has Rajnikanth playing the lead character. Although it is made with motion capture technology, the actors had to act those scenes which were later animated.

Sharing her experience on the shoot, Deepika said “I took part in the shoot of the film only for three days. But I had the privilege to learn a lot from Rajni Sir during those three days. He is so down to earth without any starry tantrums and is very friendly with everyone on the set. Despite his long career he still carries the same excitement of that of a debut film”.

Soundarya Rajinikanth has directed this film and AR Rahman has scored the music. The makers are planning to release the movie on 12th of December on the occasion of Superstar’s birthday.