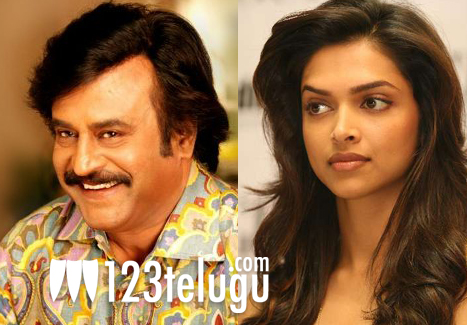 Bollywood beauty Deepika Padukone was supposed to be the heroine in Superstar Rajinikanth’s movie ‘Rana’ but the project was cancelled after Rajinikanth fell ill. Now the Bollywood starlet will be seen in the upcoming 3D film Kochaadaiyaan alongside Rajinikanth and this was confirmed officially. She is the latest star to be confirmed for this mega project.

This film will make use of performance capture techniques and there is a keen buzz surrounding the project. The film has several prominent actors like Shobana,Aadhi,Sneha and Prithviraj. ‘Mozart of Madras’ A R Rahman is composing the tunes for this ambitious project. The movie’s first look has evoked a tremendous response from the public.