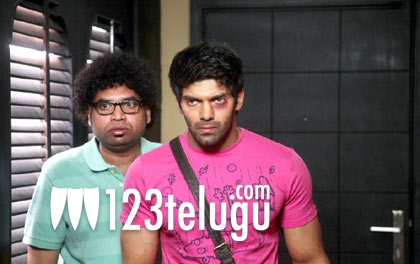 Imran Khan, Poorna Jagannathan and Shenaz starrer Delhi Belly was one of the surprise hits of 2011. Aamir Khan had produced the film in Hindi. Now, UTV Motion Pictures is producing the remake of this film in Tamil and Telugu. The Tamil version has been titled as Settai and UTV South Head Dhananjayan revealed that the Telugu version has been titled as ‘Naughty Boys’. Arya, Hansika and Anjali are playing the lead roles in this action comedy. Recently, a song was shot on Arya and Anjali and another song was shot in Arya and Hansika in Switzerland. So far, already 70% of the film’s shooting has been completed.

Kannan, a former associate of Mani Ratnam, is directing the film. Thaman is scoring the music. “We have made ample changes in the script to suit the Telugu and Tamil nativity. Delhi Belly was a huge hit in Hindi and we are confident that Naughty Boys will repeat the success in Telugu as well,” Dhananjayan said. Santhanam, Premgi, Ali and Nassar are also important roles in this film.