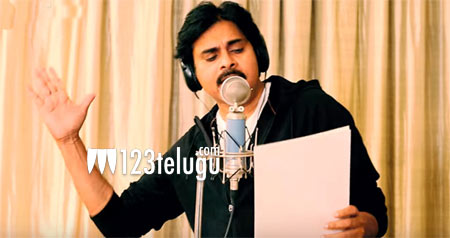 Even as the film is all set for a grand worldwide release in a few hours, the makers of Power Star Pawan Kalyan’s Agnyaathavaasi have found themselves in a weird situation. And the reason is the super hit song ‘Kodakaa Koteswar Rao’ song sung by the Power Star himself.

An advocate named Koteswar Rao lodged a complaint with the Machavaram police against Agnyaathavaasi’s makers. Koteswar Rao demanded an immediate removal of the ‘Kodakaa Koteswar Rao’ song from the film.

The advocate lamented that with a celebrity like Pawan Kalyan singing the song, trolls will humiliate everyone bearing the name Koteswar Rao using the demeaning words mentioned in the song. He went on to say that many people have been insulting him ever since the song’s release.

“Why only Koteswar Rao? Why is the song not named after Chiranjeevi, Naga Babu, Allu Aravind or Trivikram instead of Koteswara Rao?,” the advocate fumed.