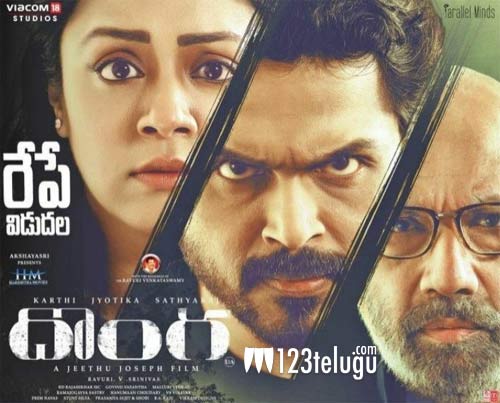 Tomorrow is a big day for Tollywood as some biggies in the form of Ruler and Pratiroju Pandage are coming out for release. Apart from this, there is also Karthi’s Donga which is coming out tomorrow.

But sadly, there is absolutely no buzz for the film and not many even know that such a film is coming out. Karthi gave a good hit in the form of Khaidi a few weeks back but that has not shown any effect on Donga.

The advance bookings are also very slow for the film. Jyothika is also playing a lead role in this film which is being directed by Jeethu Joseph. Only a good mouth talk from the public can save the film.