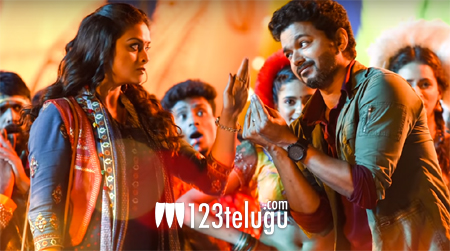 However, this did not show any impact on the song’s mania on YouTube. The song went on to amass over 6.5 million views with more than 4 lakh likes, proving how excited fans are about Sarkar. The song is also trending at the 15th spot in YouTube India trends.

Keerthy Suresh is the films leading lady. Sun Pictures banner has bankrolled sarkar with a whopping budget. The film is slated for release during the upcoming Diwali season.