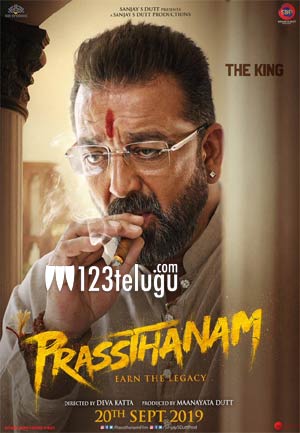 It is a known fact that Deva Katta is remaking his hit Telugu film Prasthanam in Hindi and Sanjay Dutt will be playing the lead role.

The latest we hear is that the film’s trailer will be out on the 29th of this month in a grand manner. Ali Faizal and Amyra Dastur play other leads in this film which will have Sanjay Dutt reprising the role of Sai Kumar.

Sanjay Dutt himself is producing this film on his home banner. Watch this space for more updates on this proje